Why Winning The Giffard West Cup Is So Special

It is a one shot deal, no second chances, no “you’ll get ’em next time”, just one chance to win against true cocktail champions from around the world, a once in a lifetime opportunity win the Giffard West Cup. Just to make the challenge that little bit harder, the competition is only held every two years but the next one is looming large and heading our way in Spring 2015.

Make no mistake; the Giffard West Cup is one of the world’s premier cocktail championships drawing the champion bartenders from around the globe to Angers in France for two days of intense creativity. The national and regional heats are well underway and Asia has already found its champion in Kino Soh who won the Giffard East Cup last month.

What makes the Giffard East Cup final so interesting is that it is exactly the same format as the West Cup final. Each of the bartenders must make two cocktails. The first is along a set theme that is broad enough to allow creativity yet tight enough to bind each competitor to the challenge and to each other. Everyone has an opportunity to think, plan and perfect their offering ahead of the big day and then do their utmost to replicate their best offerings for the judges. No easy task but compared with the black box challenge of the second cocktail, it’s a breeze.

For the second cocktail, each of the bartenders is simply presented with a black box, containing a surprise selection of potential ingredients. They do not know what will be in the box, there is no opportunity to research and prepare, just a few moments to turn inspiration into a cocktail that will blow the judges’ socks off and win that coveted number 1 spot. Easy, huh?

There were 4 finalists for this year’s East Cup Final, Kino Soh of the Hopscotch Bar, Jeremie Tan from Jekyll ‘n Hyde, Mike Cheong from the Woo Bar and Sam Wong from the Ah Sam Drink Stall. Each of them had won several highly competitive local rounds to have the honour of representing their country or region at the final and then entered the final 3 knockout rounds that saw Kino Soh emerge victorious and heading to the Giffard West Cup final in April. This competition was tighter than a bank manager’s smile so, while we look forward to enjoying Kino’s cocktails in Anjou next year, we thought everyone’s recipes should be out there for everyone to enjoy. 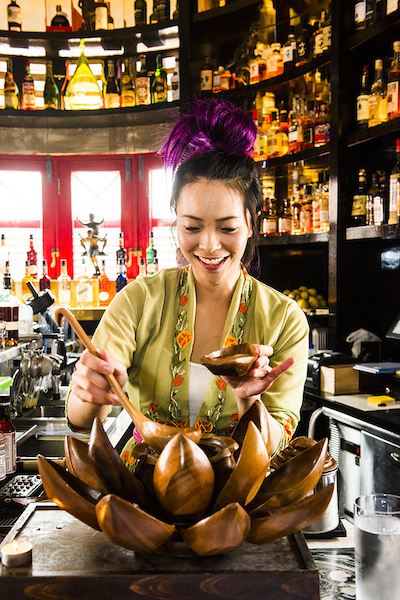 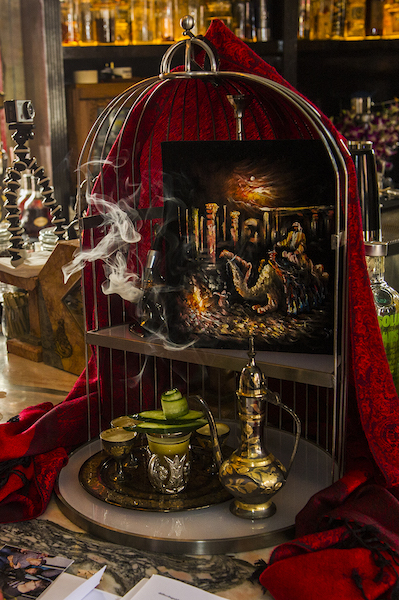 Sam Wong putting the finishing touches to his Secret Garden